Get your sexy back!

Due to the rising popularity of buttock contouring surgery, scientific research has been conducted to determine what is considered to be the most attractive shape. While the definition of perfection is entirely subjective… *Results are not guaranteed and may vary from person to person*

Start the
Path to
Beauty & Self-confidence

A rounder, fuller and firmer buttocks

Do you want to slim down your waist, enhance your hips and reshape your butt for a sexier body contour?

Brazilian plastic surgeons have found that:

How to get rounder, fuller and firmer buttocks 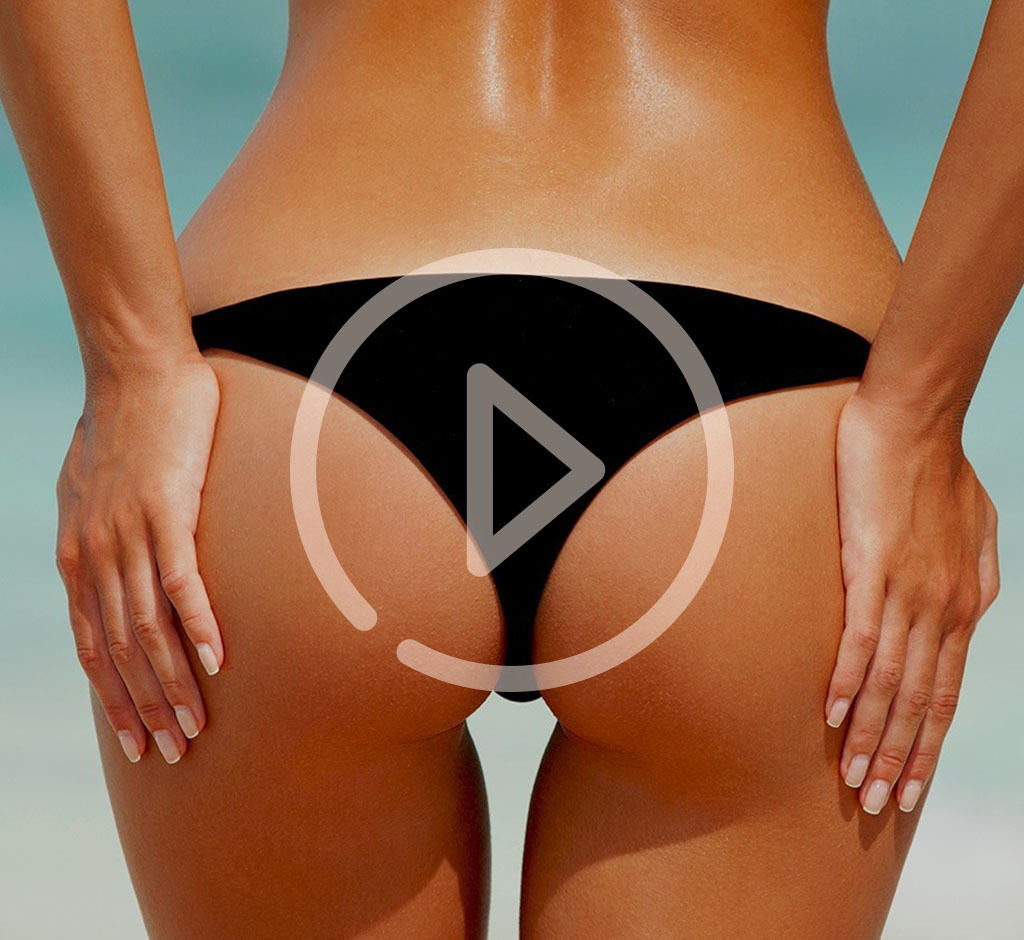 A butt lift is designed to lift sagging buttocks, allowing for a perkier contour. Our board certified plastic surgeons employ a variety of surgical techniques, tailored to the needs and body type of our patients, as well as the degree of buttock sagging, in order to provide an optimal aesthetic outcome from a butt lift. They decide on which techniques to use by carefully analyzing the patient’s skin tone and degree of posterior deformity. They will also assess the extent of buttock sagging, looseness and deflation.

If a fuller buttock is desired, volume can be added. This is done with either a Brazilian Butt Lift or Butt Lift, both of which may be performed at the same time.

*Although the buttocks is an integral part of the body contour, the butt augmentation procedure does not have as long of a history as other body contouring procedures, like breast augmentation. These days, however, butt augmentation is one of the most requested procedures for women in Toronto and North America. And, while a Brazilian butt lift is popular, buttock implants can achieve better results for individuals who do not have as much transferrable fat, like fitness models and weightlifters. In addition, a 2012 comparative study conducted by plastic surgeons in California found that patients were more satisfied with their results when gluteal implants were used rather than fat transfer (76% vs 69.7%)[4].*

*The first breast implant made from a silicone shell and silicone filling was the Cronin-Gerow implant, designed by American Plastic Surgeons, Dr. T. Cronin and Dr. F. Gerow, in 1961. A few years later, plastic ssurgeons developed the butt implant, similar in consistency as the Cronin-Gerow model. Unfortunately, these earlier butt implants were associated with a number of complications, including a lengthy recovery period, infection and rupture. In addition, the effect of gravity shortened the lifespan of any aesthetic improvement, causing the implants to sag with age. Many of these complications were a result of the placement of the implants and surgical incisions, issues that were corrected to a certain extent in the 1970s by the Mexican plastic surgeon, Dr. M. González-Ulloa. Dr. González-Ulloa refined the procedure by enhancing both the palpability of the augmented buttocks as well as their ability to withstand any abrupt pressure when the patient sat down quickly.*

With further development and refinement, butt augmentation with implants has been able to achieve beautiful, safe results for patients today. The implants are still made from silicone, but are different from those used for breast augmentation in that they are solid instead of a shell filled with silicone gel, making the risk of rupture and deflation non-existent. Augmented buttocks feel firmer but are still pliable. They basically feel like you’ve been doing a lot of squats and lunges. Two shapes are available, round or oval (also know as “anatomic), and two surface textures are available, smooth or textured.

Why only exercise and dieting don’t work

Part of keeping in shape involves toning your buttocks in an effort to keep them looking firm, perky and rounded. The primary muscles here are known as the gluteal, which are actually composed of three parts, dependent on how deep into the buttock you go: gluteus maximus, gluteus medius and gluteus minimus. The gluteus maximus is the largest. Whenever you do squats, for example, you’re working primarily on this muscle. The same goes for lunges, deadlifts, bridges and so many other exercises. The gluteus maximus is the outermost muscle and most prominent, and by focusing on it with toning exercises, the overall shape of your butt can improve to a certain extent. Unfortunately, not everyone is blessed with a perky “bubble butt”. But why can’t cardio and weight training alone tone the buttocks, enough to transform your booty into the one you’ve always wanted?

It’s true that exercising regularly helps greatly to firm up your butt, but one of the biggest issues is fat. The butt (along with the waist and upper thighs) is a magnet for fat. It stores fat to be used as energy by the body when you don’t get enough food. For this reason, it’s very, very difficult to get rid of it. As a result, your butt, as well as your mid-section and thighs, cannot get as sculpted as you’d like, regardless of how much you exercise. Although fat in the buttocks is necessary to give it that rounded, pleasing shape, unfortunately, the issue is where the fat that is located in each buttock cheek.

For a perky butt, the distribution of fat should be so that the point of greatest projection is in the middle of the buttocks, or higher. It shouldn’t be below the mid-line, as this would contribute to a saggy appearance.

In addition, the distribution of fat should not be concentrated on the upper, outer parts of the buttocks, as this can result in a flattened out, square shape.

That’s why no matter how many lunges you do, if your body is genetically programmed to store fat in areas of your butt that make it look less than perky, you’re fighting a losing battle. Your butt may be firm, but it won’t be rounded in the way you want. 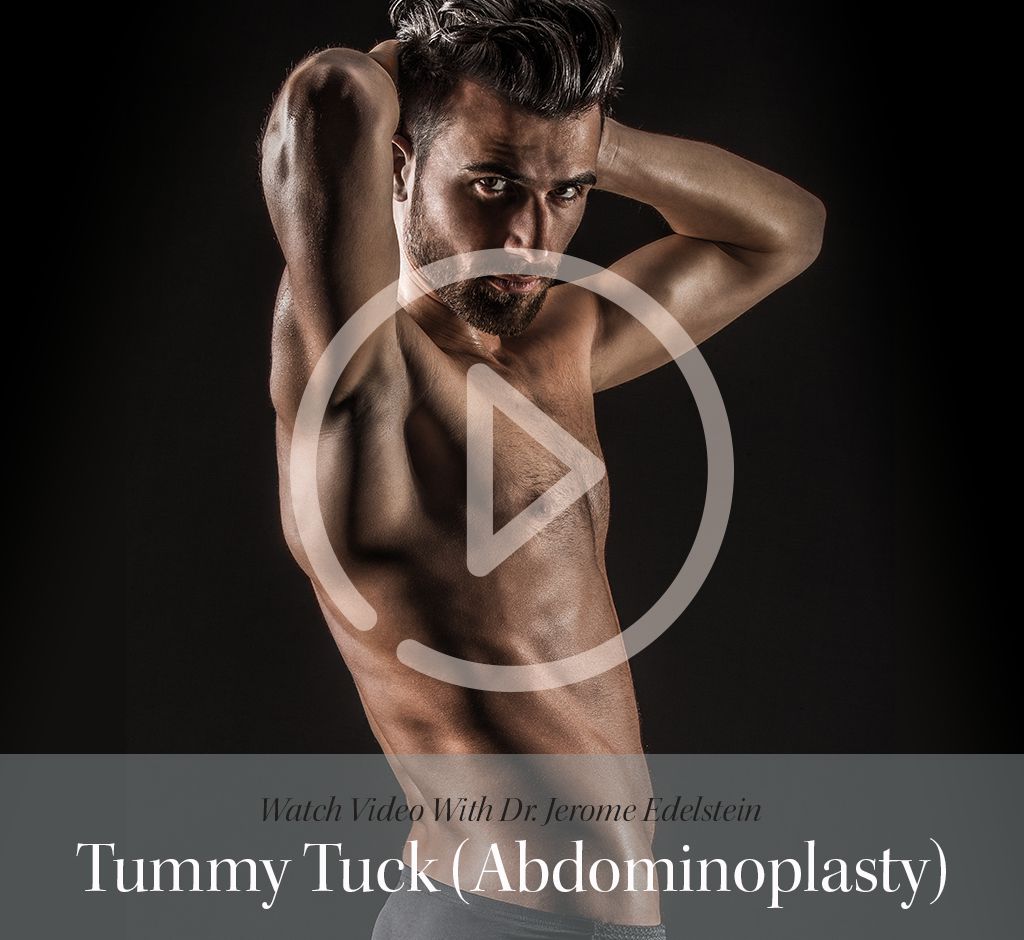 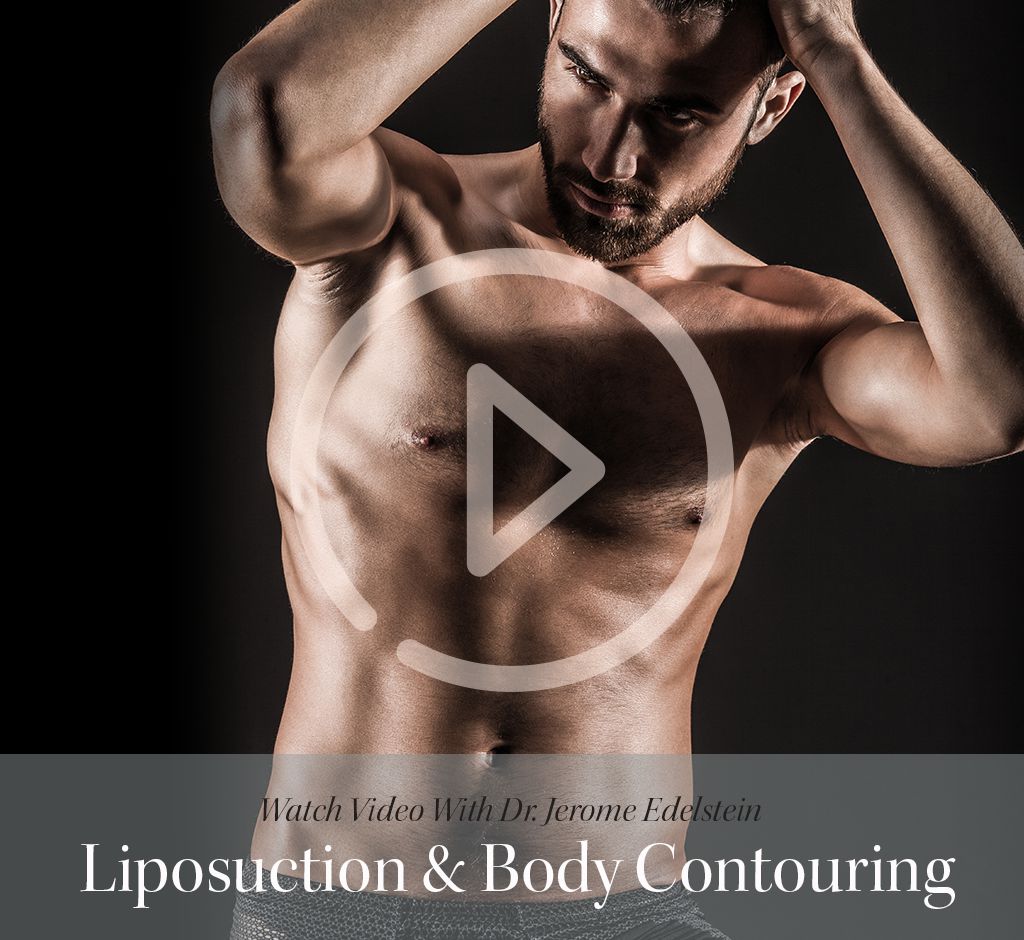 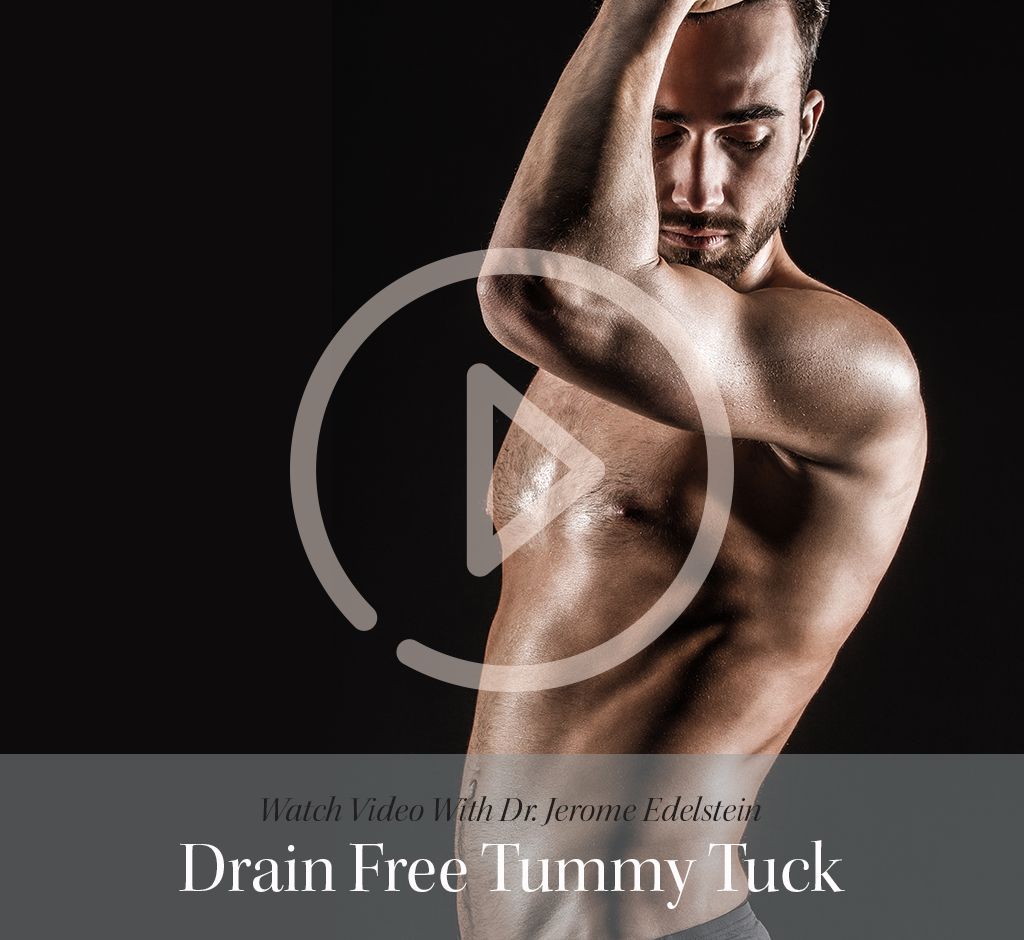 Learn more about Body Surgery at Edelstein Cosmetic. Hear first-hand accounts from patients and understand why they chose to pursue plastic surgery. Just click on the play button to watch the video and learn more about the experience. 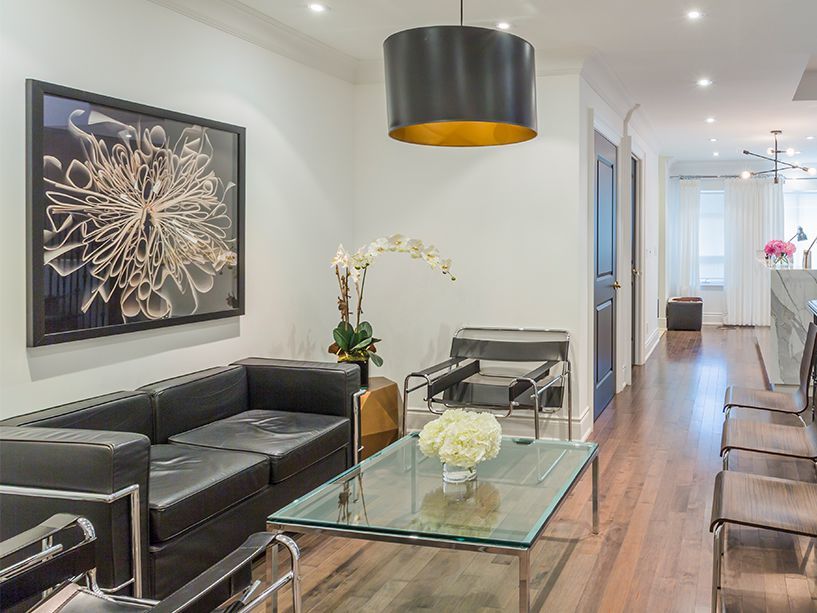 Have A Seat In Our Beautifully Decorated Lounge, But Don't Get Too Comfortable You Won't Be Here Long 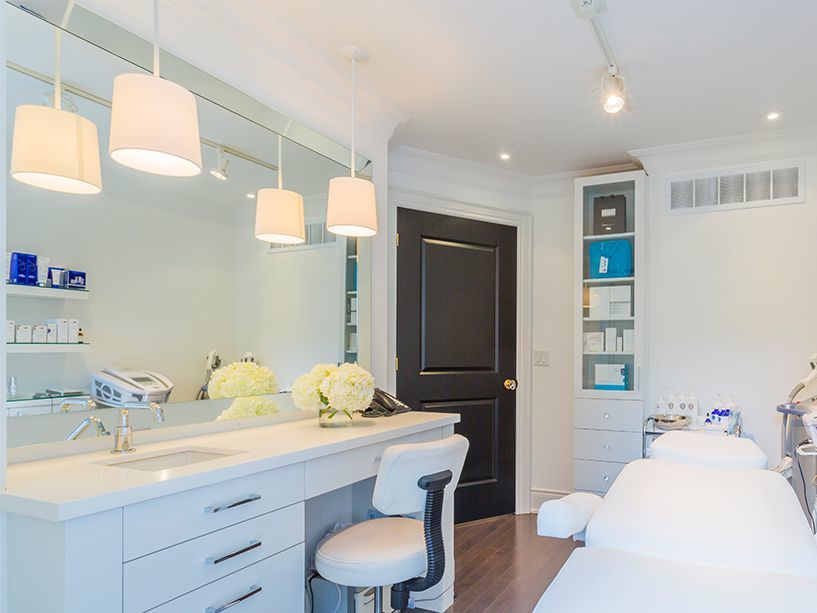 Our Private Consultation Rooms Are Modern & Comfortable, And Feature The Latest In Technology 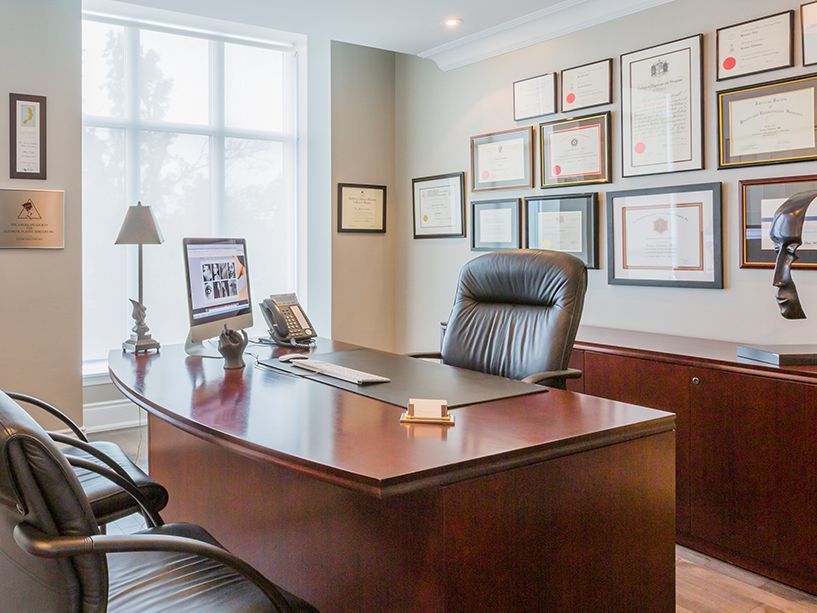